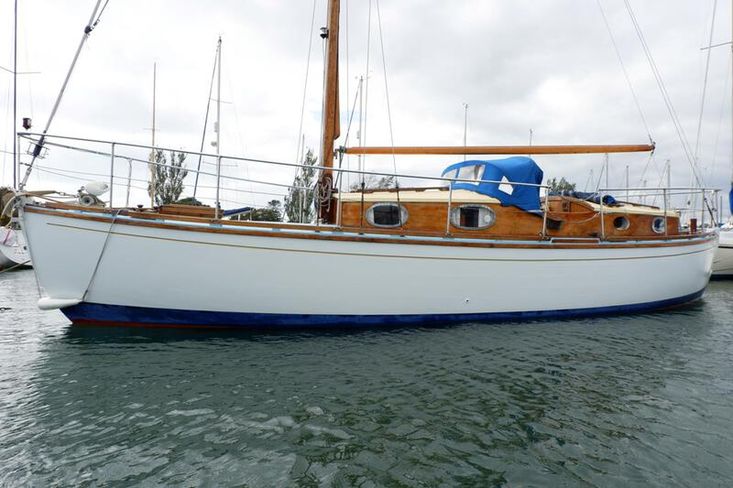 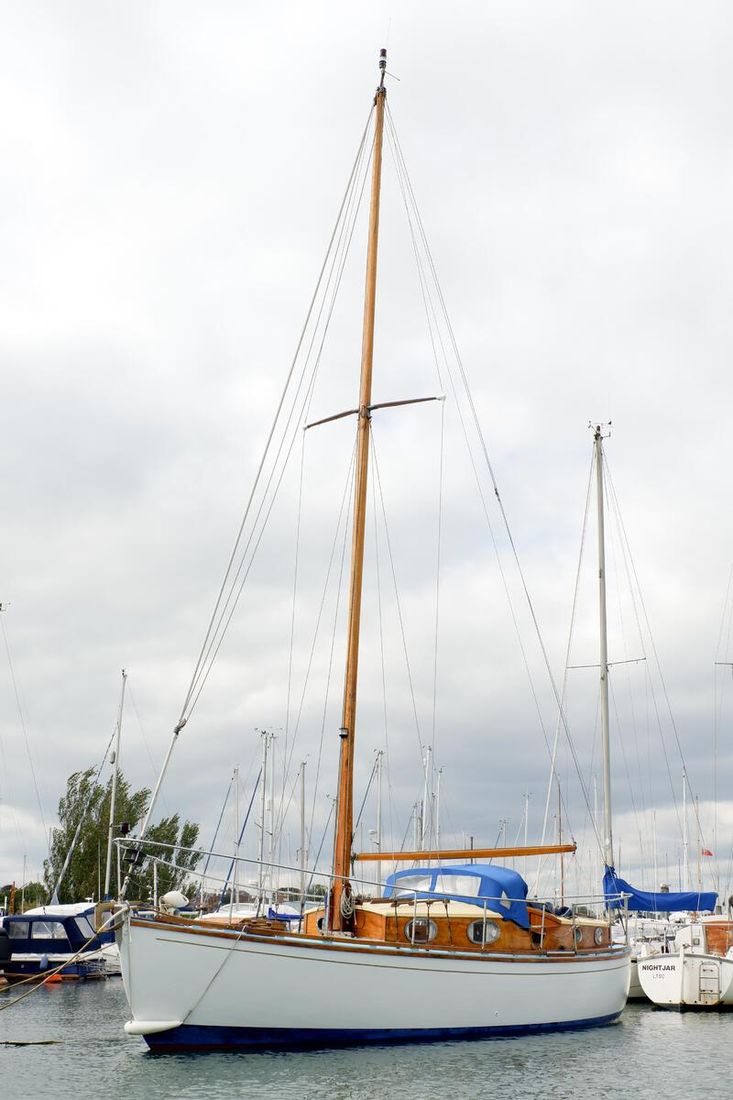 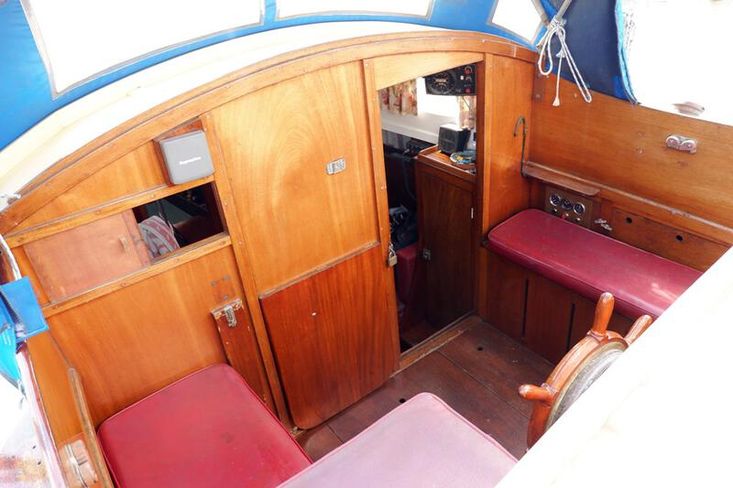 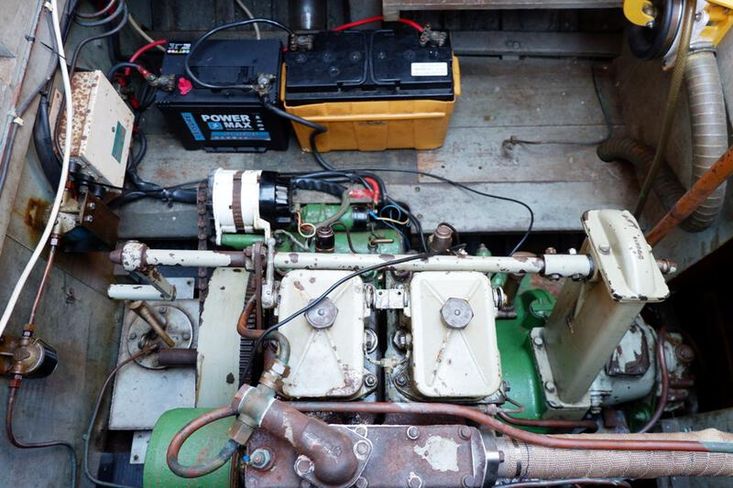 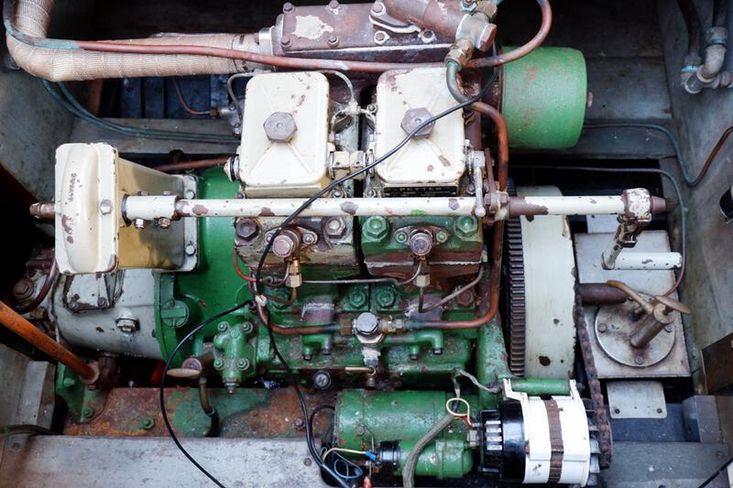 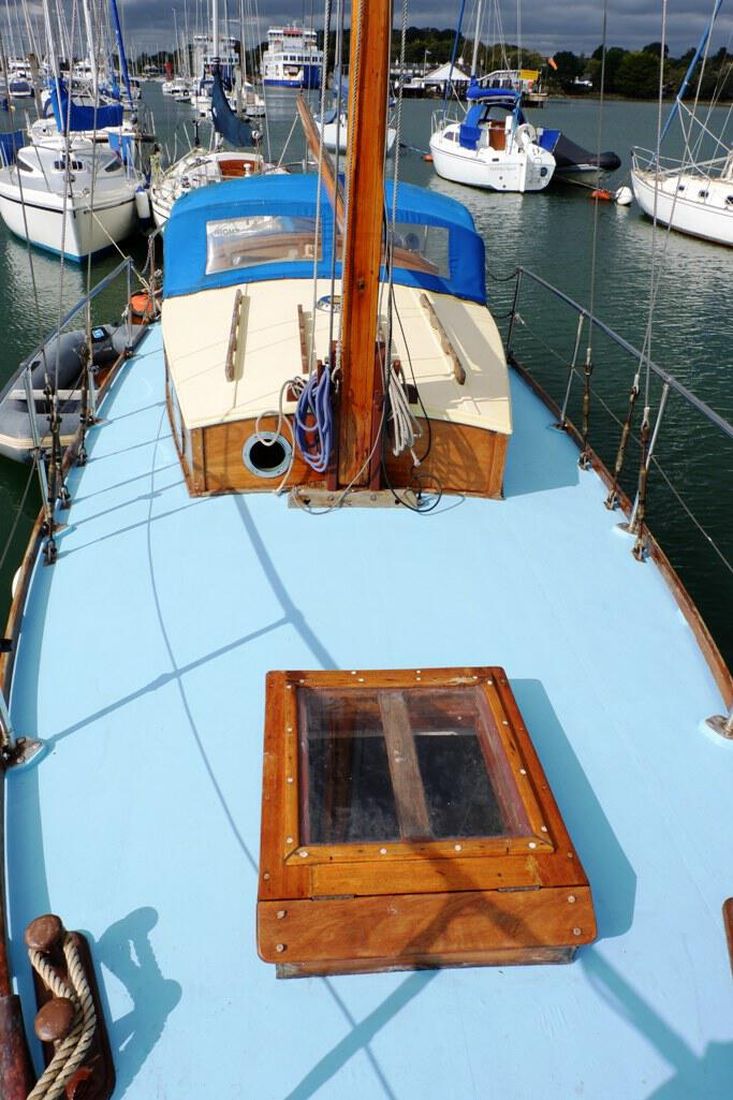 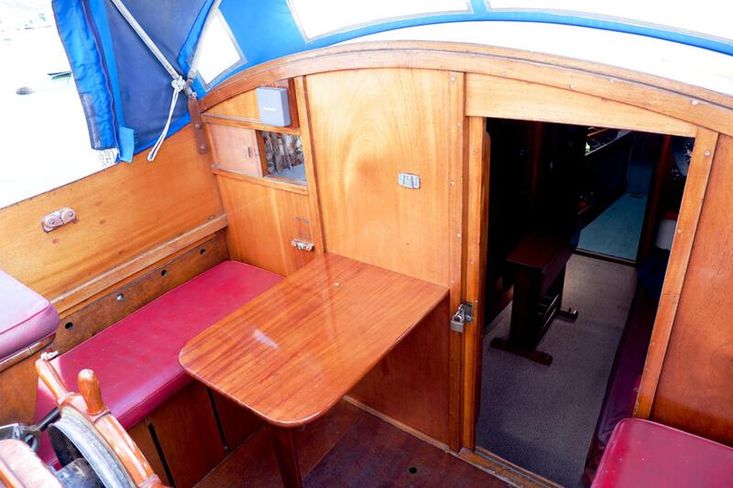 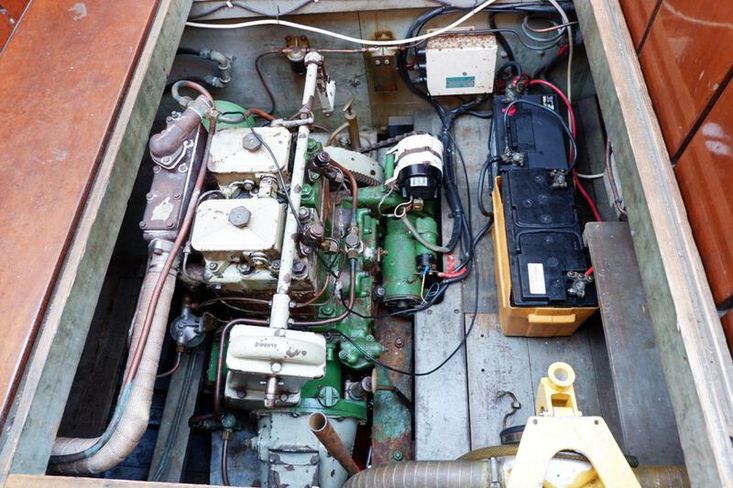 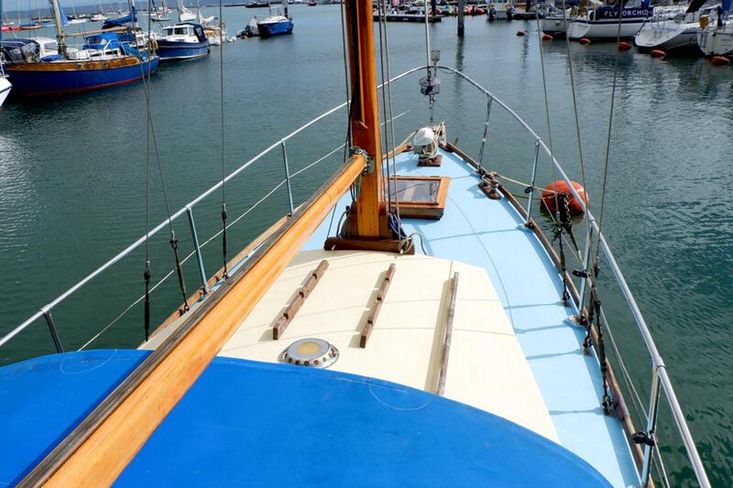 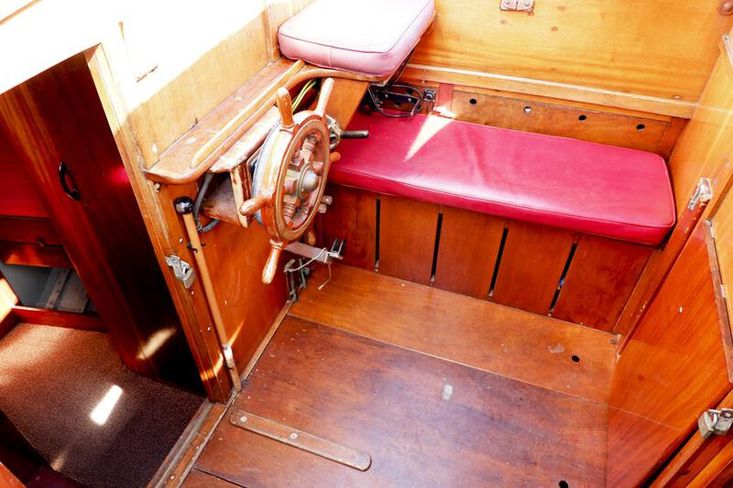 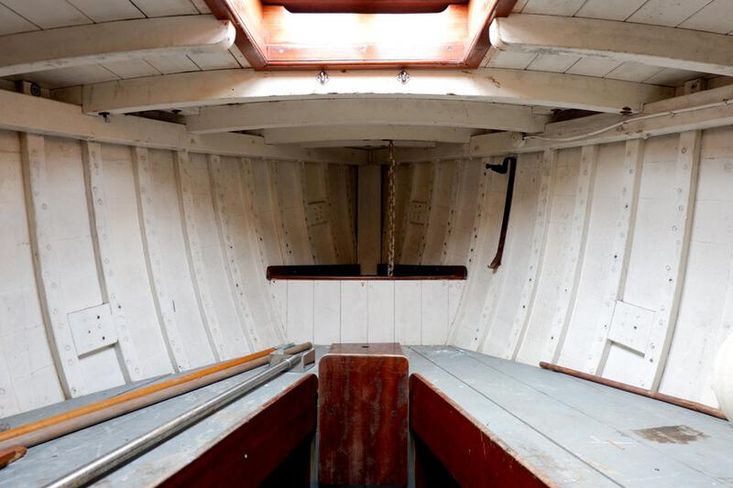 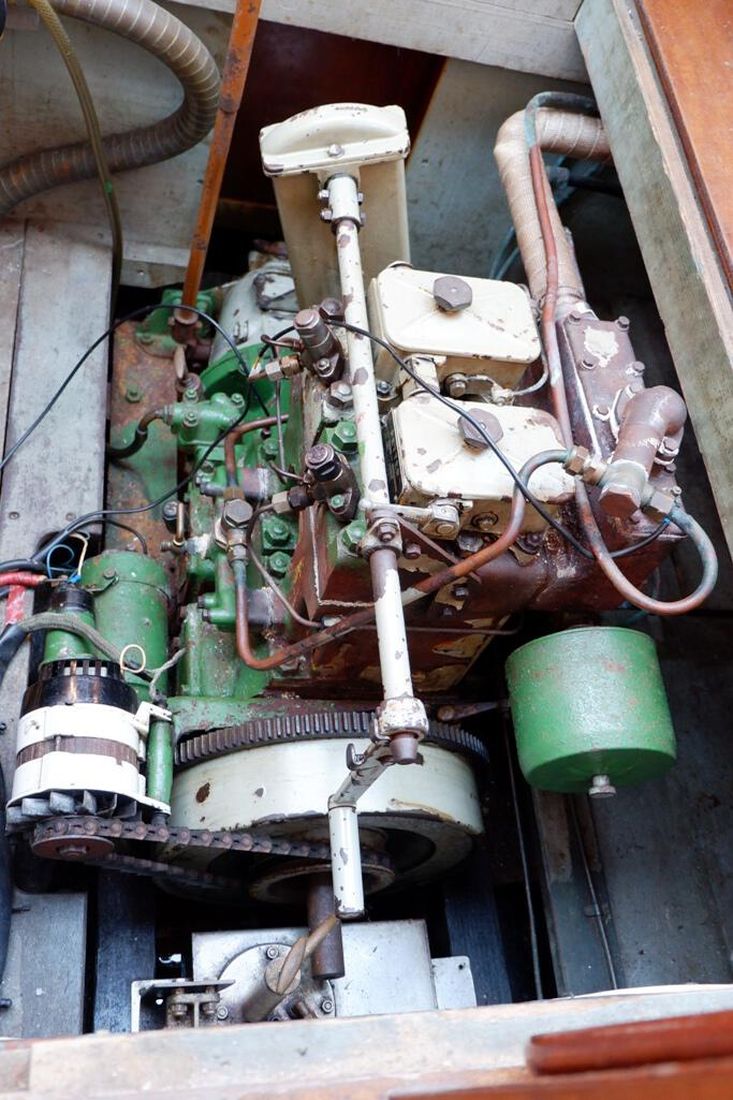 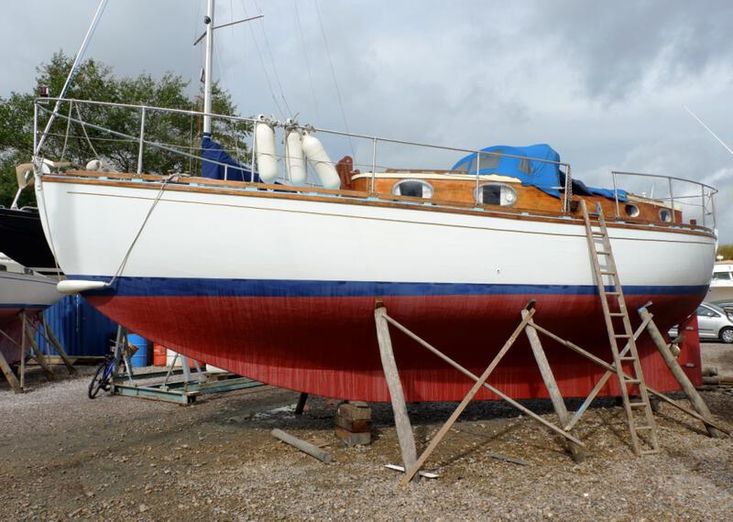 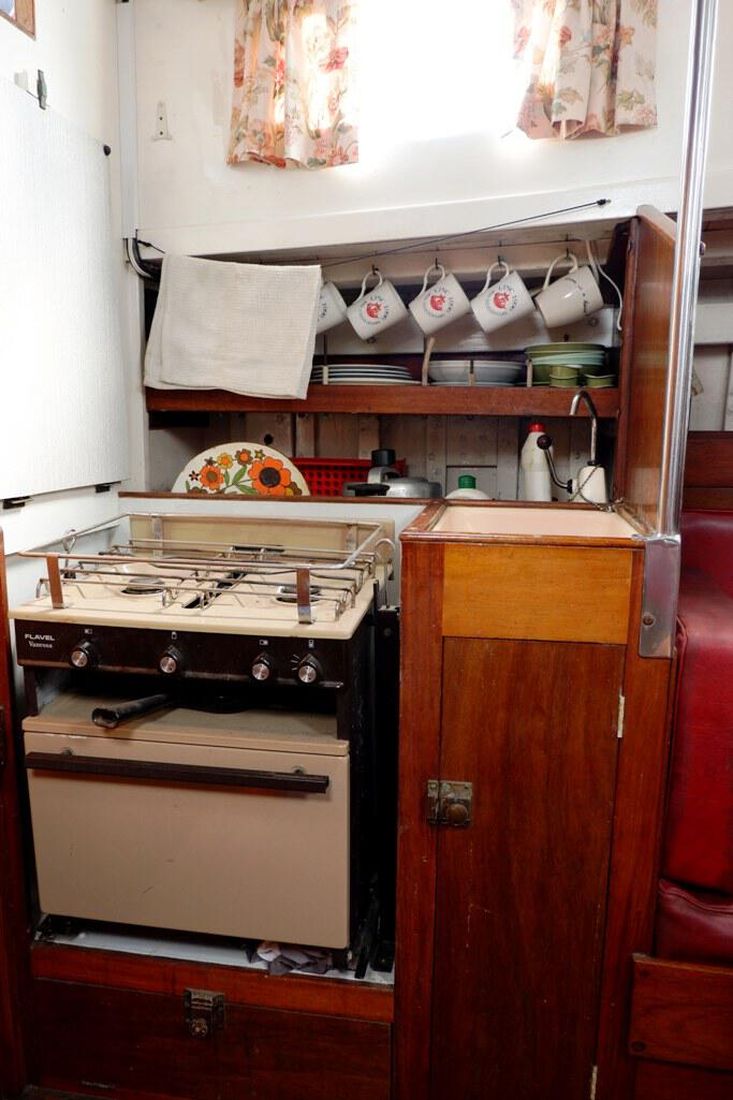 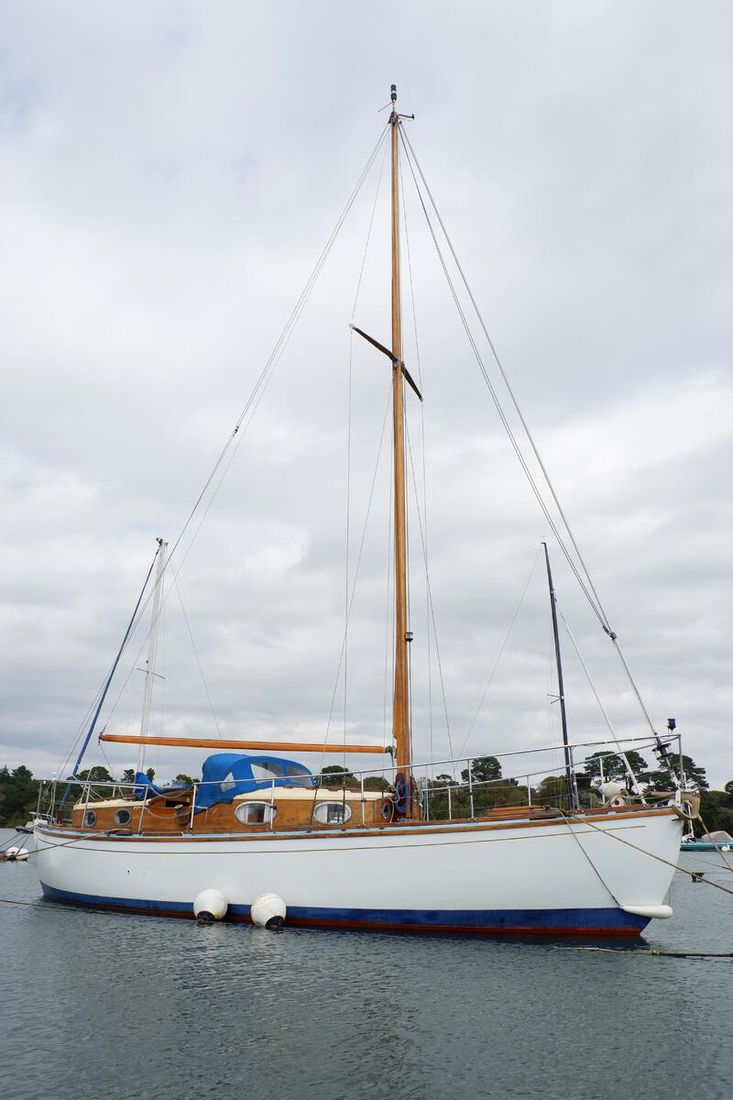 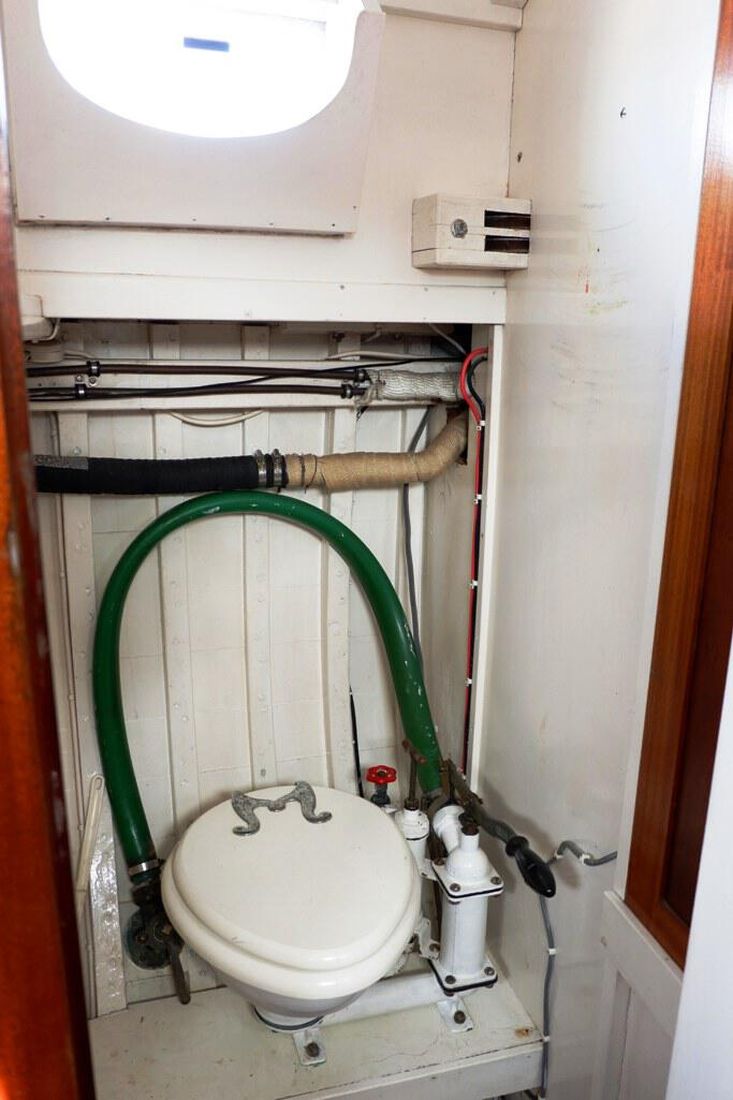 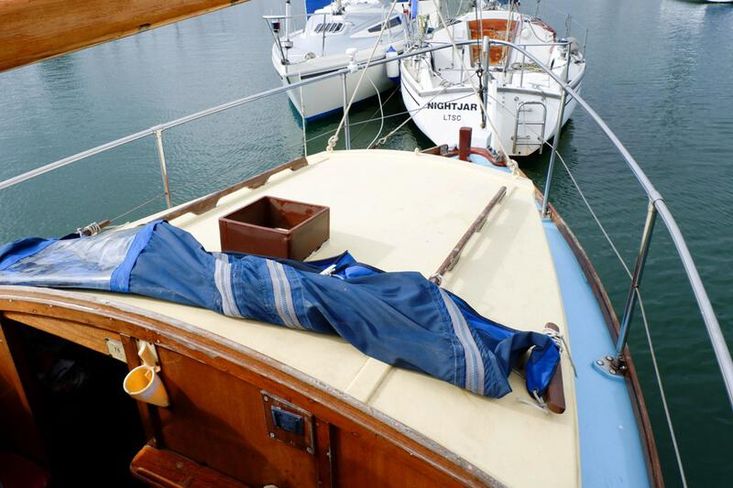 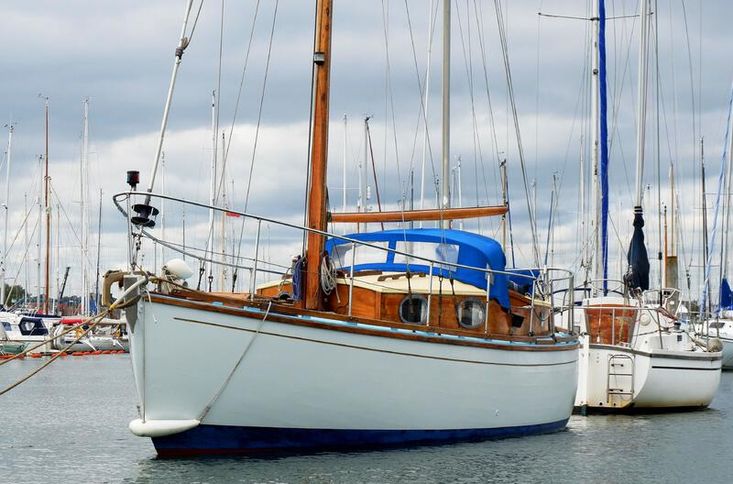 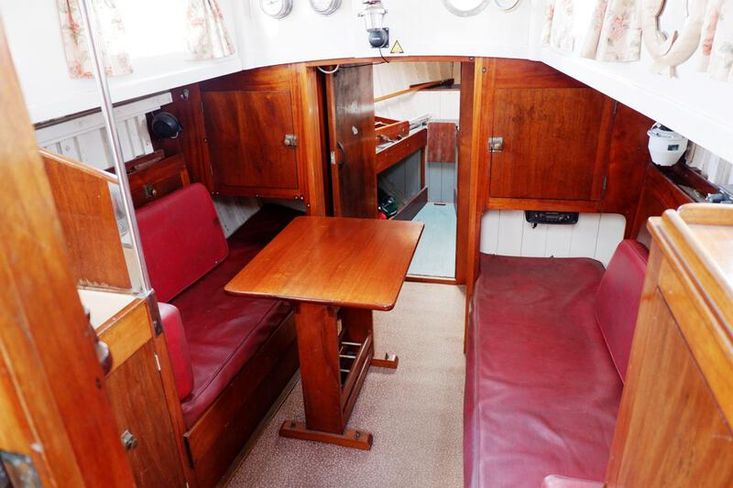 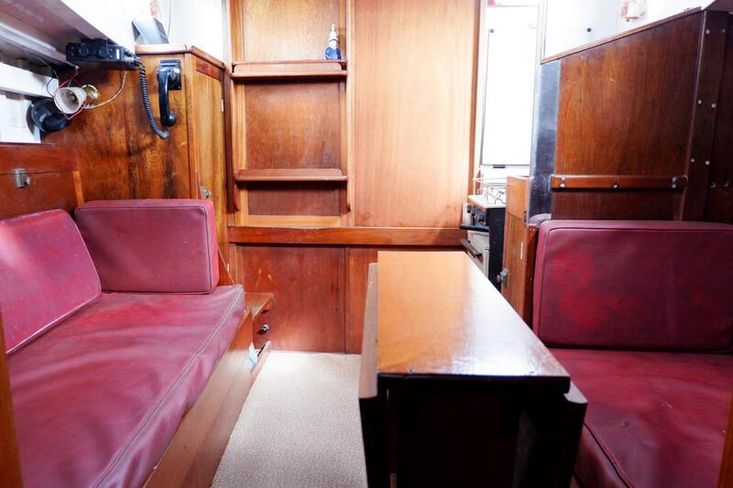 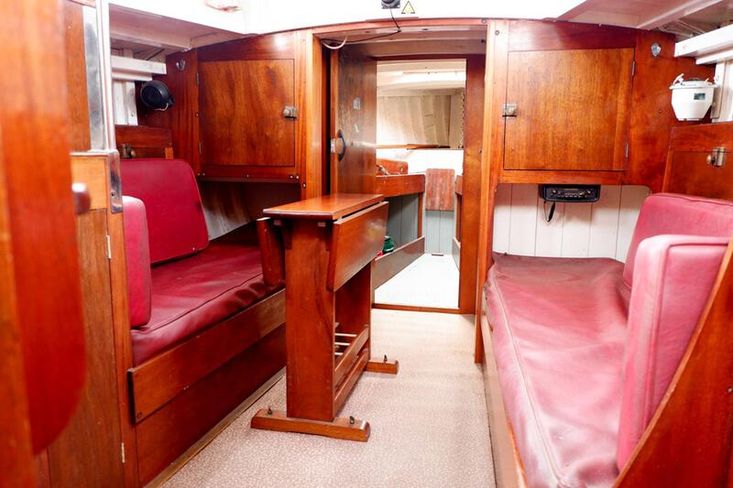 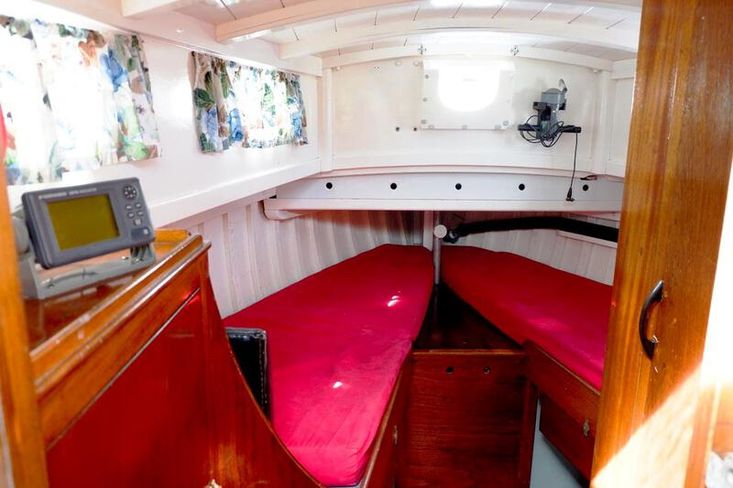 The legendary David Hillyard needs little introduction as one of the most successful wooden boat-builders of the twentieth century, producing a staggering eight hundred boats from two-half tonners to large ocean-going schooners. The yard on the River Arun in Littlehampton, established in the 1920s was soon recognised for producing traditional, well-built family cruising yachts for a reasonable price.

AIDEESEA was built in 1965 for Arthur Chesterfield CBE of Woodlands Court, Brighton, keeping her on a Chichester Harbour mooring. Arthur a member of the Westminster Bank Yacht Club. During the early 1970s Mr & Mrs A E Cattle of Pinner, Middlesex. AIDEESEA has only had three owners in total since being built, the current owner bought the boat in 1976 and has carefully maintained her to a high standard since keeping her in the Lymington River.

FORE CABIN with berths to port and starboard, fore hatch, chain locker and athwartships bulkhead with door to: SALOON with settee berths to port and starboard, lockers above and below. GALLEY to the port side with cooker, sink, pantry and crockery lockers. Centre cockpit with locker seating, wheel helm with hydraulic steering, fold-down table. Aft cabin with twin berths, lockers and wardrobe and marine HEADS COMPARTMENT.

Important Note: The particulars / images of the vessels listed on this website are believed to be accurate but are not guaranteed, buyers should satisfy themselves regarding the same. No warranty is given as to the condition of vessel's hull, machinery and equipment / gear and an examination by a qualified marine surveyor is always recommended.

Boats for sale
by continent

Boats for sale
by country